Where Friends & BBQ Come Together


Count The Days, to your next event, from your birthday or just how many hours have you been married? Is all just for fun.

What does your or a friends phone number spell

SimSmoker is a "strategy" game, not an "action" game. You're the cook! 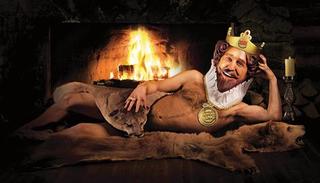 Where’s The Beef?
It’s In The Spray.

Looking to beef up your mojo? Burger King may have just the thing. The home of the Whopper has launched a men's body spray called "Flame." The company describes the spray as "the scent of seduction with a hint of flame-broiled meat." The fragrance is on sale at New York City retailer Ricky's NYC in stores and online for a limited time for $3.99.


How Do Youe Spell BBQ?

The Oxford English Dictionary might not take a stand on the correct spelling, but the bible of journalism, the AP Stylebook, is not afraid to put its foot down. It's entry reads: "barbecue: Not barbeque or Bar-B-Q.". To add that extra oomph of authority, same goes for spell-check in Microsoft Word.

Replies to This Discussion